2024 Volvo XC90 Is Getting All-Electric Powertrain

The current generation of Volvo’s flagship SUV has been around for a pretty long time but it still looks surprisingly fresh and competitive. Still, nothing lasts forever, which is the reason why we are eagerly waiting for the 2024 Volvo XC90, which will come completely redesigned. The new generation is in development and it is expected to bring some significant novelties. Of course, the biggest one is the new, all-electric setup, which will be the only powertrain type in the new model. Therefore, it’s no wonder that the next-generation model will probably be renamed EX90. For an easier understanding of the article, we will use the old nameplate for now.

The Swedish manufacturer tends to keep details a secret, so there isn’t much known about the new generation. On the other hand, rumors suggest all kinds of things but if you look at the available reports, it’s relatively easy to picture out the new model, especially when it comes to base design characteristics.

In any case, more things will be known in the future, when the officials come up with some details. Meanwhile, we can speculate about the next-generation 2024 Volvo XC90.

As we already mentioned, this will be a full redesign, which will bring more changes than usual. Of course, the first thing that comes to mind is the all-electric powertrain, but the mid-size luxury SUV will also adopt a new platform. More precisely, we are about to see the next generation of the familiar SPA architecture, which will bring all kinds of upgrades.

Once again, this platform will be modular and scalable, so it will be used for other models in the lineup as well. It will bring all kinds of benefits, starting from advanced battery technology and all kinds of new, advanced safety and driver-assistance features. Moreover, various sources speculate about a pretty advanced semi-autonomous driving technology.

The 2024 Volvo XC90 will bring a lot of significant novelties but we don’t expect things to be so radical in the case of exterior design. Most rumors suggest similar dimensions, with a little bit longer wheelbase. The overall shape shouldn’t change much, so we expect to see a typical mid-size crossover, with a wagon-like body, which will ensure all kinds of benefits in terms of practicality and functionality.

On the other hand, the aesthetics are still a bit of a mystery, as the Swedish manufacturer is yet to establish a new design language. We presume that some inspiration might come from the XC40 Recharge, though the overall design approach shouldn’t bring any radical changes. Instead, we expect to see an evolution of the current design, with lots of details that accentuate the model’s all-electric nature.

This aspect of the next-generation 2024 Volvo XC90 is still a mystery. Simply, it’s still early for details regarding dashboard design and overall cabin aesthetics, though we are pretty sure that the company will tend to keep things simple and elegant, just like in the outgoing model, which still looks very elegant. We presume that the new model would follow the latest trends in the EV industry, which are all about simplicity and clean design. Such a design would come in a combination with various tech features, starting from a massive infotainment screen, which would replace pretty much all of the physical controls. Some sources suggest that the next generation won’t feature an instrument cluster at all. Instead, we would see a high-definition, augmented reality head-up display. 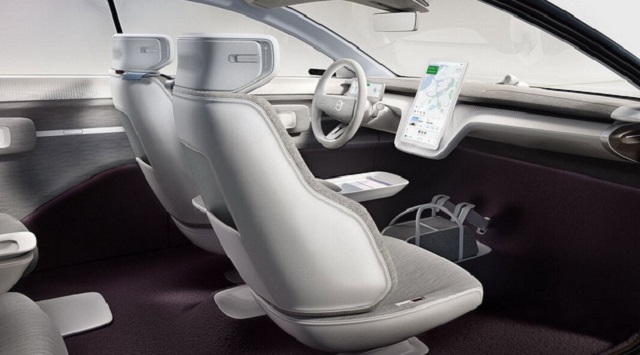 On the other hand, the seating configuration should remain the same. So, we would expect to see a typical three-row layout, with a seating capacity of seven. The third row could bring a little bit more space due to the longer wheelbase, though we don’t think it could become adult friendly.

At this point, details about the drivetrain are still unknown but we have no doubt that the new XC90 will come only with an all-electric setup. More precisely, we expect to see two configurations. Both will feature all-wheel drive, whereas the base model would come with one electric motor on each axle. On the other hand, a more upscale version could come with more powerful electric motors, or with an additional electric motor.

Volvo is now part of a much bigger conglomerate from China, which includes a few more car brands, such as Geely. These companies have achieved some pretty impressive results when it comes to battery technology, so we have no doubt that the 2024 Volvo XC90 will come with a pretty capable setup. While the exact capacity is still unknown, some reports suggest that the new model will be able to make 620 miles on a single charge, thanks to advanced technologies. Of course, we also count on impressive charging speeds.

We believe that the 2024 Volvo XC90 will most likely arrive sometime in 2024. With an all-electric setup, it will get a whole new range of rivals, such as models like the Audi e-tron, Tesla Model Y, Cadillac Lyriq etc. 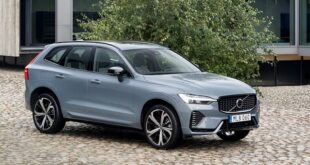 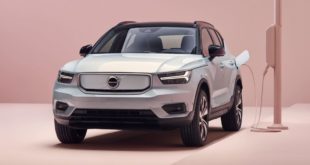 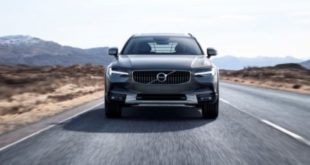 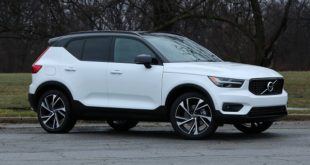