Polestar is expanding its lineup and it looks like it’s finally time for an all-electric SUV. The new model will hit the market as the Polestar 3 and we already know most of the details about this crossover. The new model will debut next year, as the 2024 Polestar 3 EV Crossover SUV in China, while the North American version is expected to arrive a year later. For the U.S. market, the new model will be produced in the company’s factory in Ridgeville, South Carolina.

This will be a mid-size luxury crossover, based on the company’s new platform. Many parts will be shared with other models in the lineup, but many of them won’t. This will be the company’s first-ever crossover and from what we know so far, it will be offered in two output variants, both with a dual motor setup. Also, the company promises super fast charging capabilities. 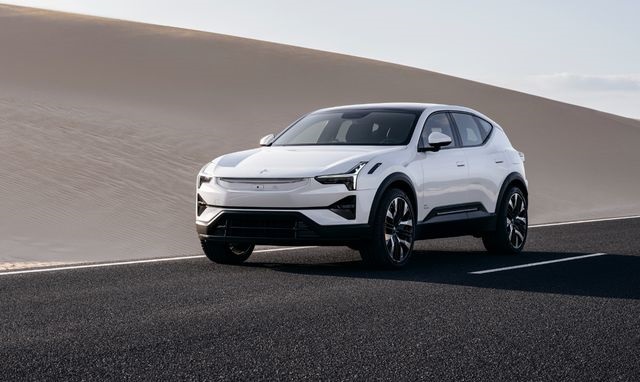 As we already mentioned, the 2024 Polestar 3 EV Crossover SUV will be a brand-new model, the company’s first crossover. It will compete in the mid-size luxury class and just like other Polestar models, it will be built on the Sustainable Experience Architecture. Most parts will be shared with the Volvo EX90, but the Polestar 3 will come with lots of its own as well.

This particularly refers to the exterior design. With 117.5 inches in wheelbase, this will be a typical mid-size crossover. On the other hand, we have no doubt that the styling will help it stand out from the crowd. It was presented recently and it brings a combination of Polestar’s familiar design language and new design solutions that can’t be found in other Polestar models. The vehicle looks muscular and rounded, and we particularly like that tiny bit of a sloping roof, which makes the vehicle look like a coupe SUV.

When it comes to interior design, the new model will keep things simple and elegant. Everything is adapted to the company’s futuristic design approach, so the dashboard actually looks very simple, with just one massive touchscreen at the centre stack, which will replace pretty much all of the physical control you would normally find in a car. It’s a little bit Tesla-like, but there is a lot of exclusive design approaches as well. 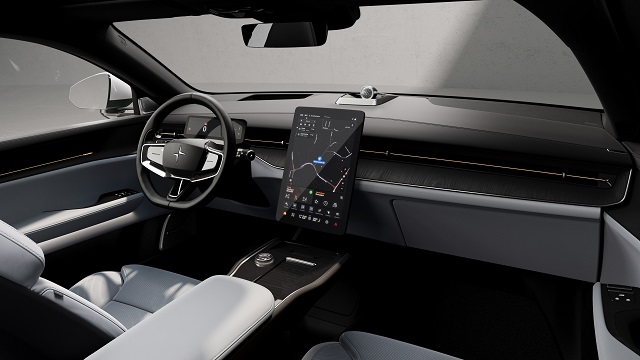 With 117.5 inches in wheelbase, there is no doubt that the amount of passenger space will be pretty generous. That size also allowed the company to install a pretty big battery pack under the floor, which won’t affect the passenger room in any way. The exact numbers regarding the cargo area are still unavailable.

From what we know so far, all models will come with a dual motor setup, with one electric motor on each axle. However, not all of them will feature the same output. Standard versions will be good for 489 horsepower and 620 pound-feet of torque, which should be enough to move this SUV from zero to sixty in less than five seconds. Also, there will be the Performance package, with the power increase to 517 horsepower and 671 lb-ft. These models will need around 4.5 seconds to hit 60 mph. Both variants will feature a top speed limited to 130 mph. 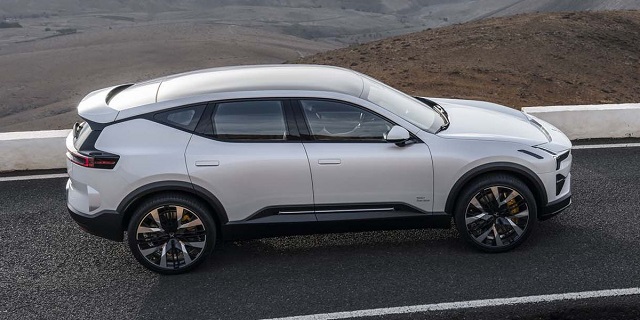 At this point, details about power efficiency are still unavailable. On the other hand, we know for sure that all models will feature a 111-kWh battery pack, which will ensure 300 miles of range in standard versions and 270 miles in Performance variants. When it comes to charging, all models will come with an 11-kW on-board charger, which will need around 11 hours to charge the battery completely. When it comes to DC fast charging, the new crossover will support a pretty impressive speed of up to 250 kW. With this charger, the Polestar 3 will charge from 10 to 80 per cent of the battery in about 30 minutes.

As we already mentioned, the Chinese version will arrive in the next year, while the North American production will start in 2024. We expect that the 2024 Polestar 3 EV Crossover SUV will start at around 84.000 dollars, while the Performance model should cost around $90.000.