GMC is working on the next generation of its three-row crossover and the latest reports suggest that the new model will be ready to hit the market in the next year, as the 2024 GMC Acadia. The test mule has already been spotted on testing and even though it’s still completely camouflaged, we know some things about the new generation.

We know for sure that the new model will get much bigger than before and that it will ride on GM’s new platform. Naturally, we count on a completely new styling, as well as on a lot of improvements on the inside, whether it’s about interior quality or passenger space. The engine lineup is still a mystery but most sources don’t suggest any form of electrification. Instead, the current V6 could carry on, or could be replaced with a turbo-four.

The all-new 2024 GMC Acadia should arrive sometime in the second half of 2023 and it will be produced in GM’s assembly in Michigan.

Another big novelty will be the platform. The current C1 architecture will be replaced with the new VSS-F, which should bring various improvements, whether it’s about ride quality or the implementation of new technologies. Just like the current model, the 2024 GMC Acadia will feature a transversally-mounted engine and front-wheel drive, while the AWD setup will be available.

Naturally, this redesign will also bring a completely new styling. The test mule still wears a complete cover, so it’s hard to say anything more precise. However, we may presume that the new model will look bolder and more aggressive and that a lot of inspiration could be taken from models like Yukon and Sierra.

Spy photographers even managed to take a couple of interior shots. Unfortunately, they don’t show much, because the dashboard is also covered. One of the rare things we can see is that the company is testing the Super Cruise semi-autonomous driving system, which should be offered in higher trim levels.

Of course, we expect to see a completely new cabin design. The current generation has been criticized for mixed interior quality, so we presume that the new model will come with nicer materials and more attention to detail.

Another reason why the current generation was often criticized is the lack of space in the third row. Considering that the new model is about to feature a significantly longer wheelbase, we presume that this issue will be solved as well. We count on more room in all three rows, as well as on a bigger cargo area.

Details about the powertrain are still unknown. At this point, the only thing we know is that there probably won’t be any form of electrification instead, we will see one or more gasoline engines on offer. There’s a chance to see the current 3.6-liter V6 carrying on. The current version of this engine puts out around 310 horsepower and offers pretty good performance. The company could also offer something smaller and more efficient, such as a 2.0-liter turbo-four.

Finally, some sources speculate about the new 2.7-liter turbo-four, which is currently available in several output variants, with much more torque than the V6.

We expect to see the 2024 GMC Acadia sometime in the second half of 2023. The base price should go somewhere between 38.000 and 40.000 dollars, while the key competitors should be models like VW Atlas, Hyundai Palisade, Ford Explorer etc. 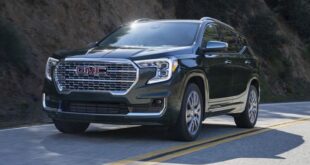 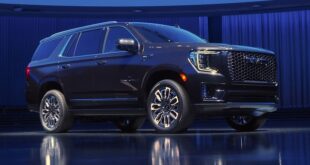 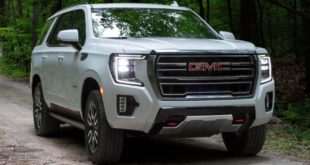