The legendary mid-size crossover has been around for more than two decades and it is still one of the key players in the luxury segment. The current generation follows the path of previous versions and offers a combination of attractive design, strong performances and great overall quality. Speaking of the performance, it’s hard to imagine a BMW model without the “M” badge, which characterizes the most capable variants of all models from the Bavarian carmaker. This model is no exception and the latest reports suggest we are about to see some interesting novelties for the 2024 BMW X5M. This model will receive a mid-cycle update and we are about to see some pretty interesting changes, which should make this SUV even more appealing.

The base version will probably receive an update already in 2023, so we know what to expect from the 2024 BMW X5M, at least when it comes to base design characteristics. Visual updates are the first thing that comes to mind, but some sources also suggest upgrades under the hood. We expect that the new version will hit the market sometime in the last quarter of 2023.

As we’ve just mentioned, the 2024 BMW X5M should receive a mid-cycle update. Standard versions will arrive earlier, so we know what to expect from this update, in general. Of course, one of the first things that come to mind is the styling, which will be updated. The test mule has already been on the road for a while and we can see camouflage on both ends of the vehicle. Of course, the main updates will happen at the front, where we expect to see new headlights, new grille, new bumper etc. The rear end should come with a few changes as well and we expect that some inspiration will be taken from the new XM model.

Mechanically, things are about to remain largely the same. This model will continue with familiar upgrades, which include new suspension, bigger brakes and similar modifications that have an impact on the overall performance. 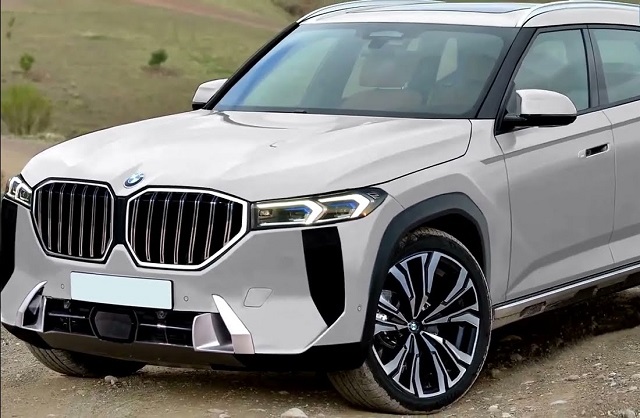 When it comes to the interior design, things are still a little bit unclear but it looks like we could also see a few updates. This particularly refers to the dashboard design, which may be revised. Some sources speculate about the new infotainment and instrument cluster screens, which would be designed in the same fashion as those in the all-electric iX. Furthermore, we expect to see typical updates, such as new materials, new color options etc.

On the other hand, the overall cabin layout will remain the same and we will see the same seating configuration. This SUV features two rows of seats and both are spacious and comfortable. The front seats offer excellent support and perfectly follow the model’s nature. Despite the performance character, this SUV is also very practical and offers plenty of cargo space. You may count on about 33.9 cubic feet of cargo space behind its second-row seats and 72.3 cubic feet with these seats folded, which is excellent for the class.

Just like the current model, the next year’s version will continue with several exclusive features, which are not standard in the rest of the lineup. This particularly refers to interior features, such as carbon fiber trim, heated front armrests, a heated steering wheel, quad-zone automatic climate control, gesture control, a head-up display, a dashcam, a surround-view parking camera system, and hands-free park assist.

These features are already standard, so we presume that the upcoming update could bring a few additions. At this point, the exact details are still unknown.

The 2024 BMW X5M will continue with a capable 4.4-liter twin-turbo V8 engine. This super-smooth unit currently puts out around 600 horsepower, which is enough to move the X5M from zero to sixty in less than four seconds. However, some sources suggest that the updated version could become even quicker, as the power upgrade has been rumored. Allegedly, the max output will go up to 630 horsepower, just as it did in the case of the full-size X7.

On the other hand, the transmission will remain the same. We are talking about the super-smooth 8-speed automatic from ZF.

With power upgrades or without, the 2024 BMW X5M will probably feature the same or very similar fuel economy to the current model. In numbers, that would be around 13 mpg in the city and 18 mpg on the highway. Those are similar ratings you get from rivals like Mercedes-AMG GLE 63. 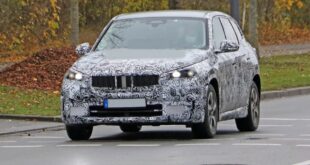 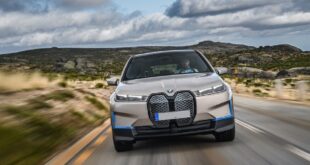 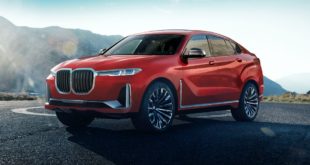 After great sales of the BMW X7 flagship model, the manufacturer is preparing to make …