It looks like the legendary STI badge has been revived in Subaru’s compact SUV. The Japanese version of the SUV has been presented in such a sporty version and many believe that something similar could also happen in North America. Allegedly, that model would come as a 2023 Subaru Forester STI Sport, and it would be part of the final production year of the current generation, which has been around since 2019. At this point, the officials are quiet.

Although the actual chance to see this model in North America isn’t too big, we can make some predictions. Of course, the first thing that comes to mind is the engine upgrades, but we shouldn’t neglect the suspension upgrades as well. Finally, count on a lot of exclusive details that accentuate the model’s performance character.

According to rumors, the 2023 Subaru Forester STI Sport would arrive by the end of this year, along with the rest of the lineup. 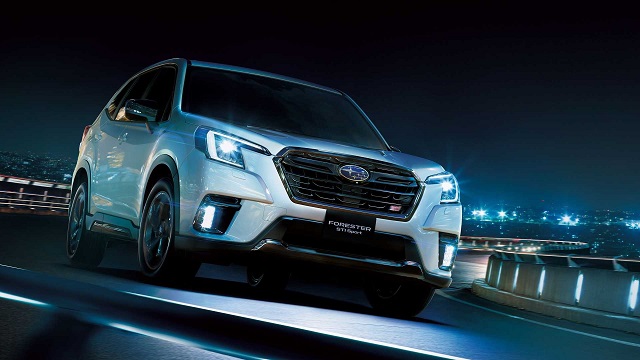 Of course, the biggest upgrade of this version would be the new engine. The current model is available only with a naturally-aspirated 2.5-liter engine that puts out around 182 horsepower. On the other hand, the Japanese Forester STI Sport came with a new engine, a 1.8-liter turbocharged flat-four, which puts out around 180 horsepower and 221 pound-feet of torque.

We presume that the U.S. version would come with something more powerful. Of course, the most obvious scenario would be to see the company’s familiar 2.4-liter turbocharged flat-four, which puts out around 260 horsepower and 277 pound-feet of torque. This engine already powers a couple of Subaru’s models in North America, such as the Ascent and the legendary Outback. We have no doubt that performance would be at a much higher level with this engine.

Of course, the all-wheel drive would be standard, while the engine would come paired with a CVT gearbox. 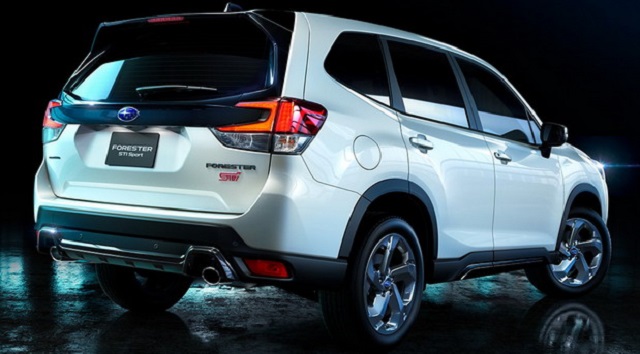 Of course, the engine isn’t the only upgrade that comes with this version – there is much more. First of all, the suspension has been upgraded with new dampers, while you can also notice different tire dimensions, which are now 225/55, with 18 inches in diameter. Naturally, there are newly-designed wheels as well.

The cabin would also come with a couple of exclusive features. That particularly refers to the materials and color schemes. Namely, the Japanese-market model features Bordeaux leather and Nappa leather upholstery on its seats, as well as on its doors and dashboards. Furthermore, there is a red contrast stitching around the cabin, which also has a highly positive impact on the overall appeal.

On the other hand, the overall cabin layout would remain the same. We would see a familiar design, with a familiar, super-high level of functionality and practicality. This is a pretty spacious compact crossover, with plenty of passenger room in both rows of seats.

Also, there is a generous cargo area, with 28.9 cubic feet of space behind the rear seats and 74.2 cubic feet of the total cargo volume. Those are some of the highest ratings in the segment. 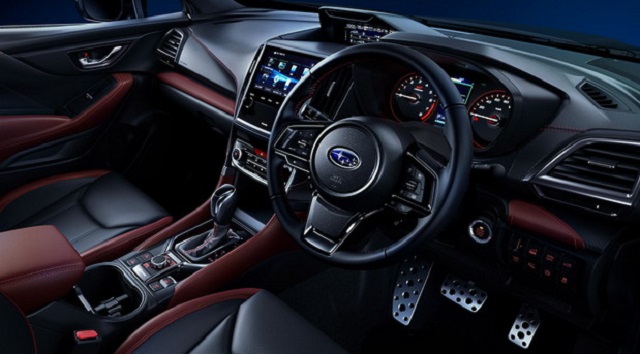 Allegedly, the 2023 Subaru Forester STI Sport would come sometime in the last quarter of the year. We estimate that the starting price would go around 40.000 dollars. 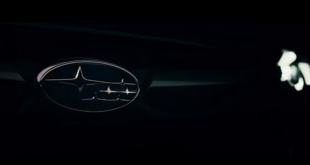 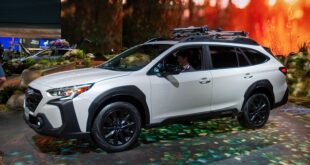 2023 Subaru Outback Hybrid: What We Know So Far 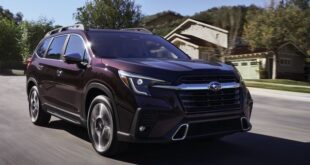