The new redesigned 2022 Ford Expedition was caught testing a few days ago, wearing camouflage on the front and rear end. Basically, this is the first update that we saw duo since 2018’s redesign. The latest spy shots reveal a prototype with significant changes, including revised headlights, grille, and lower fascia.

Besides exterior changes, some of the cabin shots also point to a major revamp. The most exciting news is that Blue Oval will update the center stack with a large, portrait-oriented touchscreen display, introduced recently on the Mustang Mach-E SUV.

Ford’s full-size SUV, the 2022 Ford Expedition, will receive only mid-cycle refreshes. The new spy photos reveal some small modifications beneath the camo, including revised headlights, grille, and lower fascia. The latest spied prototype also includes a new Goodyear Wrangler AT/S tires, which appear to be better than the Michelin-branded off-road rubber. The rear fascia also looks refreshed with better graphics on the taillights, departing the same bumper and exhaust system.

According to some early reports, the manufacturer may also introduce a new off-road-focused variant called Expedition Timberline. This package will be more equipped than the hardcore FX4 Off-Road package.

The most noticeable change is visible inside. The new 2022 Ford Expedition alongside Lincoln Navigator will future the same 15.5 portrait-oriented touchscreen display that we saw in the Mustang Mach-E SUV. We can also expect Ford’s latest Sync 4 infotainment system, which is capable of over-the-air updates. This is a big upgrade compared to the previous model that offers an 8.0-inch display.

Besides that, Blue Oval also added more premium materials and soft touches. Like the previous model, we can also expect Expedition to come with the same layout. Generally, this SUV is one of the specious on the market, especially the MAX version. It features three rows of seats, providing enough room for seven passengers. As a part of standard equipment, Ford Expedition also includes remote start/lock/unlock, Ford Co-Pilot360 that consisting of forward-collision mitigation with automatic emergency braking and pedestrian detection, blind-spot monitoring with rear cross-traffic alert, lane-keeping assistance, and a rearview camera.

According to the latest news, the forthcoming 2022 Ford Expedition will most likely deploy the same system as the F-150 PowerBoost version. This powertrain combines a 3.5-liter twin-turbocharged V-6 engine and an electric motor integrated with a 10-speed automatic transmission. With this combination, the new Expedition generates 430 hp and 570 lb-ft of torque.

The current Expedition comes exclusively with a 3.5-liter twin-turbo V-6 that produces 375 hp and 470 lb-ft in the standard form and 400 hp and 480 lb-ft with Platinum edition.

The refreshed version of the 2022 Ford Expedition is recently spied testing alongside the upcoming Lincoln Navigator model. Besides small changes outside, the new version will get major updates inside.

Moreover, perhaps the most exciting news is that the next Expedition will use the new hybrid system that delivers 430 hp. Expect the new Expedition to debut at the end of this year. Pricing is not yet revealed, but we assume that it will be a thousand more than the regular model. 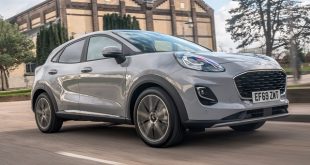 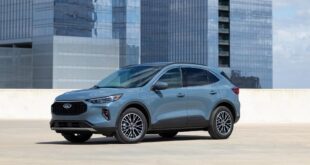